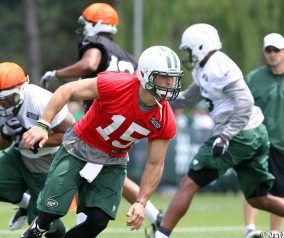 There’s been some speculation that the Jets are holding QB Tim Tebow back from playing because of a mid-level incentive [...] 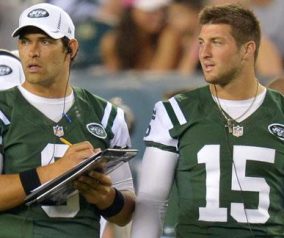 After a disappointing 2011 season which ended with three straight losses, the Santonio Holmes theatrics in the final game left [...]

Now that the NFL has announced compensatory picks there is a clear picture of where the Jets will be choosing [...]

There has been lots of confusion about Tim Tebow’s contract and exactly what he is going to cost.   The following [...]

This is the shortest official press release that we have ever received from the Jets. The New York Jets have [...]

After the season ended, GM Mike Tannenbaum stated that the QB depth chart would look very different for the Jets [...]

Once the Tebow deal was made official, you could see this coming from a mile away as ex-No.2 QB Drew [...]

It’s official we now have a third QB on the roster and it’s Michigan St. product Drew Stanton. Stanton has [...]

Brady Quinn To Visit The Jets

Manish Mehta of the NY Daily News is reporting that the free agent QB Brady Quinn will be visiting the [...]