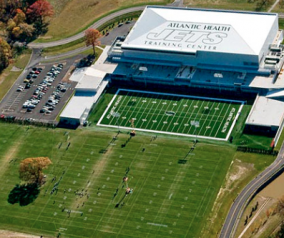 Get ready JetNation, football is just around the corner and it all starts with #JetsCamp! Training camp is in Florham [...]

Female Soccer Player To Try Out For The NFL

After Danica Patrick’s entrance into NASCAR and after Manon Rhéaume’s attempt to play in the NHL, we have a woman who is [...]

The New York Jets announced some details about training camp today.  Players will report on Sunday July 31 and hold [...]

Last weekend we were invited to take a tour of the new training facility in Florham Park, NJ.  To say [...]