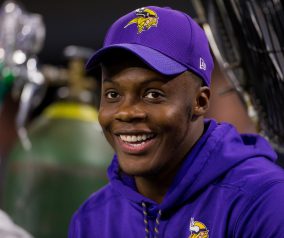 Jets General Manager Mike Maccagnan told his fan base that Gang Green would be active when free agency opened on [...]

If you’re sitting in front of your computer screen or smart phone following free agency and trying to figure out [...]

The Jets are reportedly set to sign running back Isaiah Crowell, formerly of the Cleveland Browns. https://twitter.com/AdamSchefter/status/973677821120991239 Crowell will likely [...]