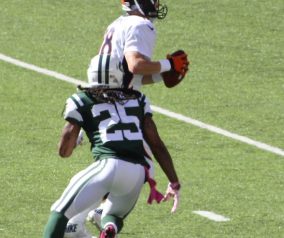 Pryor to Benefit From Hiring of Danna?

With the 18th overall pick in the first round of last year’s NFL draft, the New York Jets were on [...]

Something Fishy About Jets Coaching Staff

As New York Jets fans happily watch the departure of last season’s coaching staff as they work their way up to [...]