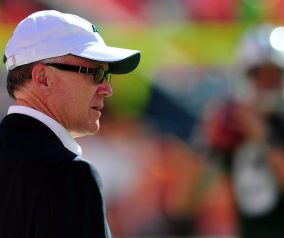 Since the firing of general manager Mike Tannenbaum there hasn’t been much of anything coming out from the Jets facility [...]

A day late but it’s now official that the Jets vice president of college scouting has left the team to [...]

Tannenbaum And Clinkscales On Coples

On the verge of the draft, the Raiders are interested in hiring the Jets’ vice president of college scouting Joey [...]

The Jets held a conference call today with season ticket holders to discuss the team and upcoming draft.  General Manager [...]