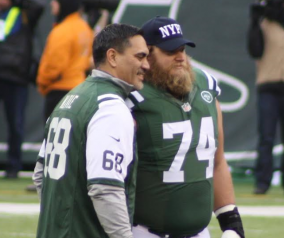 Kevin Mawae to be Inducted into Ring of Honor

Ceremony to Take Place During Halftime of Legends Homecoming Game with over 75 Jets Legends Expected to Attend Three Jets [...]

In a bit of news that should bring a smile to the faces of Jets fans everywhere, the team has [...]

Long-time New York Jets great, Kevin Mawae, who was eligible for induction to the NFL Hall of Fame in Canton, [...]

Mawae Movement To benefit the victims of Hurricane Katrina Courtesy Of The New York Jets Who: Kevin & Tracy Mawae [...]