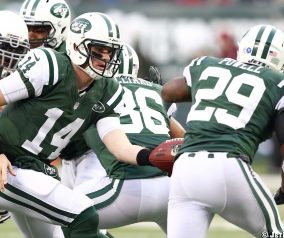 The Jets will hit the road (Detroit) for week one of the preseason but the three remaining match-ups take place [...]

NFL Scheduled To Be Announced Tuesday

The NFL schedule will be announced, Lebron James style, on Tuesday night at 7pm. Exclusively on NFL.com and NFL Network [...]

We ran the “Unconfirmed” schedule that was posted on several internet sites yesterday.  There are several reports today confirming that [...]

Was The NFL Schedule Leaked?

This is not confirmed, but there is a report that the NFL Schedule has been leaked.  Here is the blogger [...]

With the 2011 regular season officially over, the NY Jets 2012 opponents have been released.  The official schedule with dates [...]