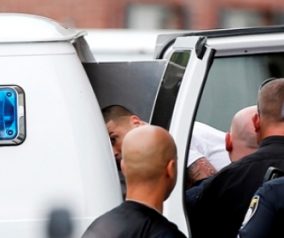 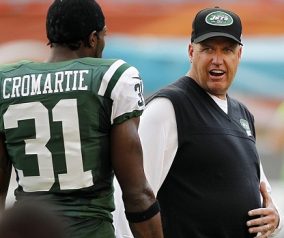 Just a tidbit from Jets reading today: former Jet receiver Plaxico Burress told WFAN in an interview on Monday that [...]

On the ESPN Philadelphia radio station yesterday, wide receiver Plaxico Burress was actively campaigning to join the Philadelphia Eagles next [...]

Well it looks like as soon as the divorce with Plaxico is finalized and he signs with the Eagles, the [...]

Several sources are reporting that the New York Jets have signed WR Patrick Turner to a new one year contract.  [...]

Plaxico On Jets vs Giants

New York Jets WR Plaxico Burress spoke to the media today about the Jets \ Giants rivalry: On having a [...]

As the Jets prepare to take on the Buffalo Bills, Rex Ryan, Plaxico Burress and Mark Sanchez spoke to the [...]

Plaxico Burress Interview Transcript On whether heading into the bye week stops the momentum the team has built… No, it [...]