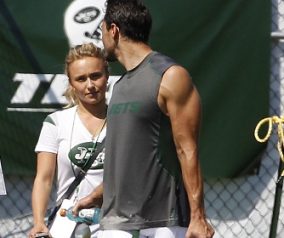 Several sources are reporting that the NY Jets have waived two players, both wide receivers, Scotty McKnight and DaMarcus Ganaway. [...]

Scotty McKnight Is Back

Last April the New York Jets drafted Scotty McKnight, who was a childhood friend of Mark Sanchez.  He was a [...]

The Jets must make their final cuts by 6pm Saturday night and get their roster down to 53 players.  They [...]

The 2011 NFL Draft has been completed even though the NFL lockout is back on.  Matt Bitonti from Draft Daddy.com [...]