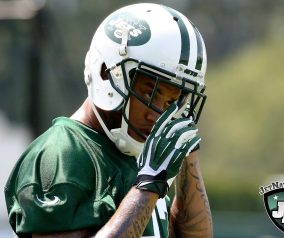 So with two weeks remaining in the NFL season, it looks as if the Jets will land a top 10 [...]

ESPN did a chat with Rex Ryan and they searched the internet for New York Jets comments.  They put a [...]

The Jets signed 1st round pick Vernon Gholston and it is being reported that he will be at practice this [...]

2008 Selections With Grades By Matthew Bitonti Round 1 Pick 6: DE Vernon Gholston, Ohio State: At the time of [...]

After months of discussion, the question has been answered. With Darren McFadden off the board, the Jets selected Ohio State [...]