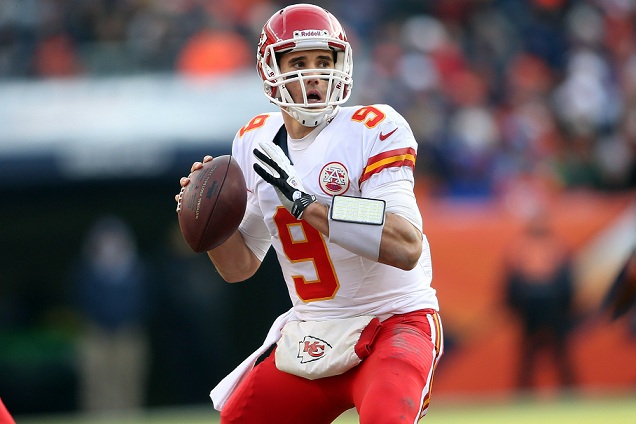 There are several reports saying that the New York Jets are interested in bringing in a veteran QB to compete with Mark Sanchez for the starting position.  Chris Mortenson says the Jets could have 5 quarterbacks on the roster; none of them being named Tim Tebow.

Jets plan to beef up the depth chart – could take as many as 5 QBS into OTAs and I don’t expect Tebow to be 1 of those.

From the report on RotoWorld:

Per Mortensen, the Jets plan to sign two free-agent quarterbacks. Quinn has history with new Jets QBs coach David Lee, who “likes (Quinn) a lot.” New York will reportedly bring five quarterbacks to training camp, not including Tim Tebow. In this scenario, Quinn, Mark Sanchez, Greg McElroy, and Matt Simms would account for four, and they’d add one more free-agent veteran to the mix.

Manish Mehta is also reporting that the Jets worked out David Garrard today.

The Daily News has learned that the Jets worked out veteran free agent quarterback David Garrard on Thursday as they look to find competition for Mark Sanchez this offseason.

Garrard was in Dolphins’ camp last year before being cut before the start of the regular season.

Garrard, 35, played in 86 games in nine seasons with the Jaguars before getting released before the 2011 season to pave the way for first-round pick Blaine Gabbert.

With the 49ers trading Alex Smith, the list of available options at QB isn’t that long.  Although it isn’t what most Jets fans want to hear, it could very well be Mark Sanchez or bust next season.  You can sound off and tell us what you think in our New York Jets message board.