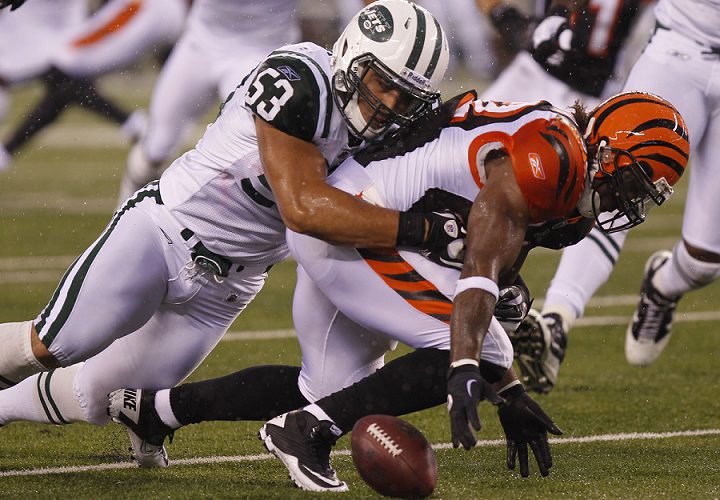 With just a couple of days before the start of free agency, the New York Jets have re-signed linebacker Joshua Mauga to a one-year deal according to his agent.

Congrats to our client, Joshua Mauga on returning to the #nyjets.

It is assumed because he was a restricted free agent and that the team did offer him a tender that he took less than the lowest tender of $1.32 million. Mauga missed 11 games last season due to a torn pectoral muscle.

Muaga is one of the four RFA’s the Jets have including  tight end Jeff Cumberland, who received the tender, long snapper Tanner Purdum and offensive tackle Austin Howard.

Jets fans are discussing Josh Mauga in the JetNation Forums.