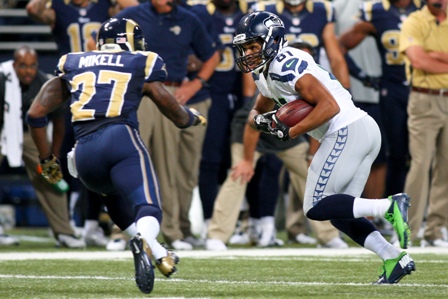 With the departure of last year’s starting safeties Yeremiah Bell and LaRon Landry the Jets will certainly be in the market for a veteran replacement.

Thus far general manager John Idzik has taken a slow and steady approach to building the team with free agents.  Idzik inherited a poor salary situation and has a limited budget so finding quality players at a reasonable cost is an important factor for future financial stability.

The conclusion of the recent owners meetings signals the end of the “frantic” portion of free agency as teams begin to focus on the draft.  This does not mean there are no solid players left to be had in the free agent market.

Turning 33 in September Mikell has spent ten years in the NFL playing most of his career for the Philadelphia Eagles but the last two years for the Rams.

Known more as an “in the box” run stopping safety last season Mikell amassed 101 tackles along with 3 sacks and could be viewed as a possible replacement for the 100 tackles LaRon Landry had with the Jets last year.

There is some interest from the Rams of resigning Mikell as he was released due to a large salary but for now he is on the open market and would seem to fit the profile, a lower cost veteran player, the Jets should be looking for at the safety position.