Schefter: Woody To Hire Charley Casserly As A Consultant 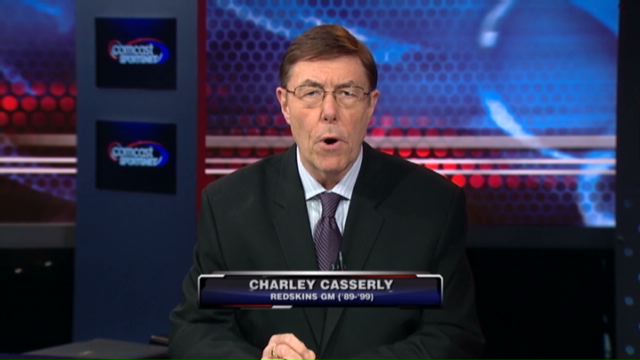 According to Adam Schefter, Woody Johnson is bringing in a veteran NFL consultant.

Jets owner Woody Johnson is preparing to hire former Texans and Redskins GM Charley Casserly as a consultant in… http://t.co/vlEuqN3U3l

Consultants don’t generally join an organization after a losing season and recommend staying the course. So you can expect plenty of changes this off-season.

Charley Casserly (born c. 1948)[1] is an American football sportscaster and former executive. Casserly was the general manager of the National Football League’s Washington Redskins from 1989 to 1999. He served as Senior Vice President & General Manager, Football Operations, for the Houston Texans from 2000 to 2006. He currently works for NFL Network.

In his 23-year career with the Washington Redskins, the team went to four Super Bowls, winning three. Casserly was an assistant to Bobby Beathard for two of the Super Bowl winning seasons. In 2003, NFL Commissioner Paul Tagliabue appointed him to the NFL’s Competition Committee for the second time (2003–06; 1996–1999).

After leaving the Redskins, Casserly took on the General Manager role for the expansion Houston Texans. With the franchise’s first four selections in the 2002 NFL Draft, Casserly drafted David Carr, Jabar Gaffney,Chester Pitts, and Fred Weary.

If this move becomes official, we will post updates. You can expect plenty of Jets news after the season finale against the Miami Dolphins next Sunday. In the meantime fans are discussing Charley Casserly to the New York Jets in our forums.