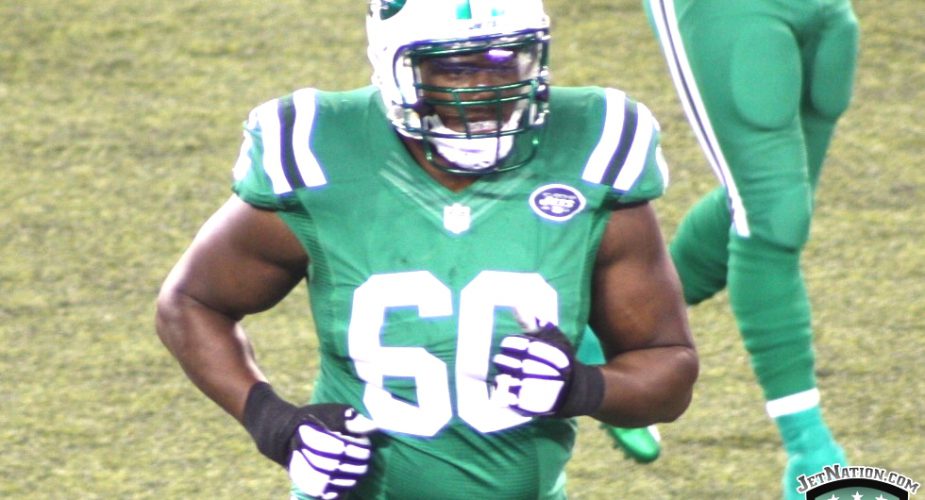 Just one day after surprising Jets fans with the announcement of his retirement, long-time Jets left tackle D’Brickashaw Ferguson took a moment to pen a heartfelt goodbye to those who supported him throughout the course of his football career.  Both college and professional.

Here is Ferguson’s letter in its entirety from nyjets.com.

As I considered the words I would say to you, I recognize a simple truth: It just isn’t easy saying goodbye.

I can still remember what it felt like almost 10 years ago as I walked across the stage at Radio City Music Hall. I was selected fourth overall in the 2006 NFL draft and was overwhelmed with the enormity of such an occasion. The loud cheers and clapping hands still echo in my memories. It was a very special moment for me then, as it is now.

But today we celebrate a different type of moment, one that marks the completion of a journey versus the start of one. Today marks my retirement from the NFL as a professional football player.

I am sure some of you might be pondering: Why now? Well, my goal coming into this league was to become the best player I could be. I never wanted to define myself by the size of a potential contract, but rather by my ability to compete with the best that the game could offer. Though I was successful in accomplishing that feat largely throughout my career, the difficulty in playing at such a level began to increase.

I also recognized a desire in myself to pursue other goals in life, and because there isn’t always a discernable point in professional sports where one must retire, the decision becomes a very personal one that all athletes must decide on their own.

An NFL career at times mimics life, in that you experience success and failure, you learn the value of hard work, and you also recognize that sometimes, despite your best efforts, it still may take a little luck to achieve your goals.

I am proud of what I have accomplished in this league, but football has also taught me that you can’t do it all alone. Others have sacrificed so much to allow me the opportunity to be where I am today, people who have paved the way before me, people who have invested in my life and willingly worked with me to help me achieve my dreams.