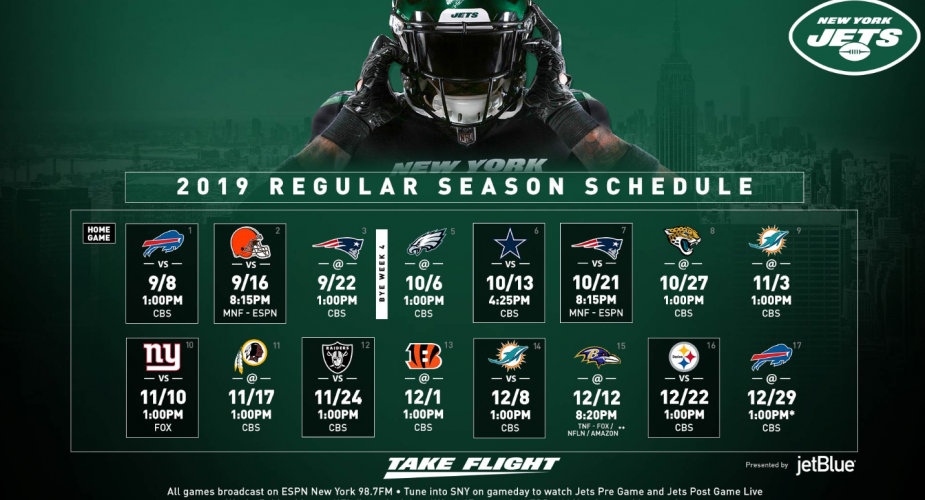 The NFL released the schedules for the upcoming season and the Jets open up at home against a familiar AFC East opponent in the Buffalo Bills. The week two match up is an interesting one, the Jets are the home team on Monday night vs the Cleveland Browns. All eyes will be on the top few picks in the 2018 draft class as Sam Darnold and Baker Mayfield go head to head.

The Jets have an early bye this year (week 4). They also have two more prime time games scheduled as they play the New England Patriots at home on Monday night football in week 7. Later in the year the Jets play the Ravens on Thursday night football, that is week 15 on December 12th.

At first glance the first half of the schedule appears tougher than the 2nd half. The Jets have a four game stretch early on that has them playing the Patriots twice. 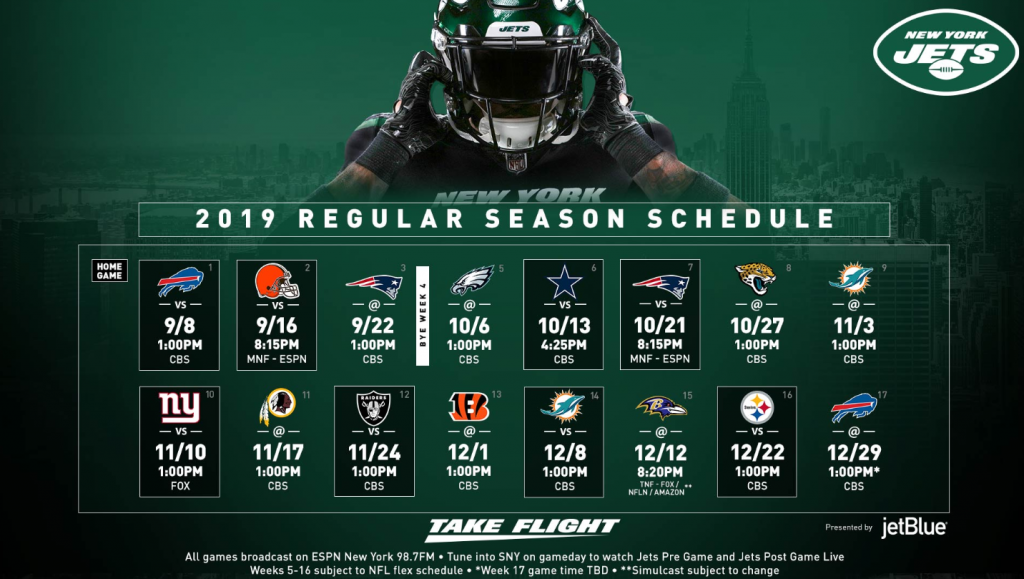 Let us know what you think about the schedule by commenting in our New York Jets forum.