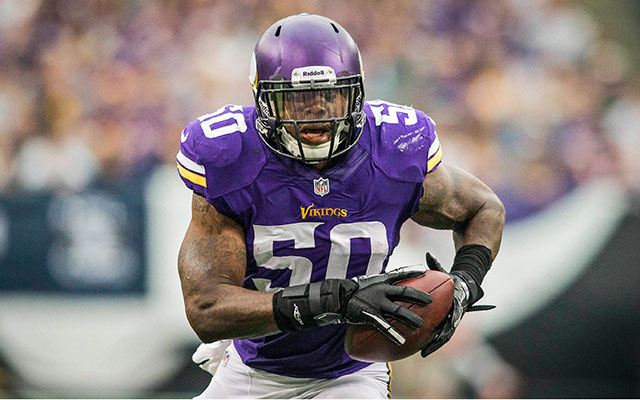 The New York Jets today announced the signing of inside linebacker Erin Henderson, formerly of the Minnesota Vikings, in a effort to bolster their depth at the position.

Henderson’s signing will surely raise some eyebrows as the 28-year old has had his share of troubles off the field which ultimately led to the Vikings cutting ties with the stellar defender.

From 2011-2103, Henderson appeared in 43 games, starting 33 of those, while racking up 262 tackles and 8.5 sacks.  He was let go by Minnesota in February of last season following multiple arrests for DUI.

In an interview with USA Today, Henderson had the following to say regarding his troubled past:

“I’ve learned that substance abuse is often a byproduct of different things. For me, it was my way of numbing things and not having to worry about a lot of things. That’s pretty much what I did.

If he’s able to stay on the field, Henderson’s signing, along with the addition of Jamari Lattimore would give gang green more depth than they’ve had at the position in recent years as the departed Nick Bellore will have been replaced by a pair of veterans with far more extensive playing time under their belts.

It’s a low-risk/high-reward move by a front office that appears to be determined to build a defense than can absorb an injury or two without looking at a significant drop in performance.  Terms of Henderson’s agreement are unknown at this time.

You can read more about Erin Henderson in our NY Jets forum.