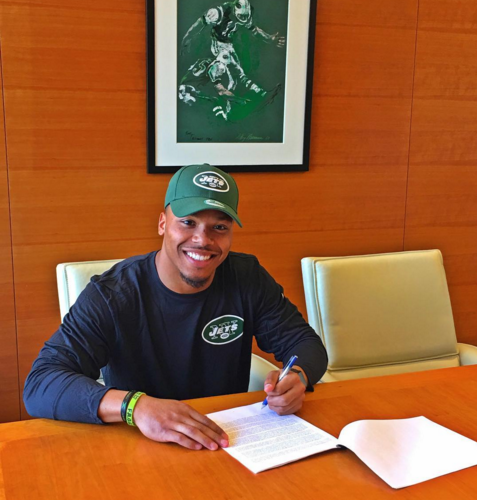 As per the Jets official site, they have signed CB Darryl Morris.

Morris (5’10”, 188) comes to the Green & White from Houston, where he played in the 2014-15 seasons, playing in 23 games with one start and coming up with one interception and six pass defenses. The interception came in Game 4 off of Bills QB EJ Manuel late in the fourth quarter and secured the Texans’ 23-17 win.

Morris received no tender from the Texans as a potential restricted free agent.

He began his NFL career as an undrafted free agent out of Texas State signed by San Francisco after the 2013 draft, after turning in a 4.33-second time in the 40 at his pro day. He was initially a final cut by the 49ers that year but came off the practice squad to the active roster in late September to play in 13 games for the Niners as a rookie.

For his career he has 36 games (one start), 39 tackles on defense and 13 more on special teams.