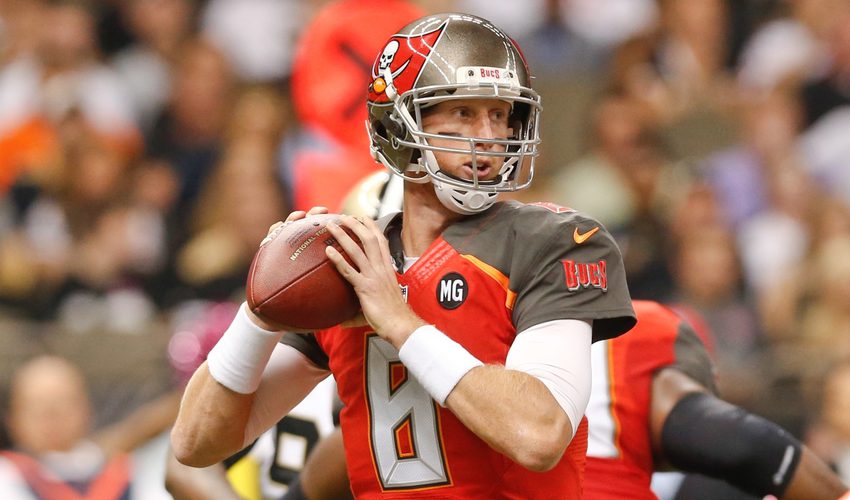 The NFL free agency frenzy is set to begin on March 7th. Although free agents can’t sign with a new team until March 9th at 4pm, the “legal tampering” period actually begins on the 7th. That is when teams are allowed to begin negotiations with free agents. The Jets have been freeing up cap space with their recent roster moves. Cutting Folk, Mangold and Revis give the Jets some wiggle room. According to Over The Cap, that means the Jets have $26,278,320 in cap space.

What will they do with that space? Ian Rapoport says that the Jets are one of the teams that are a potential landing spot for free agent QB Mike Glennon.

As teams sort through the various QB options — there are many — 2 potential landing spots have emerged for Mike Glennon: #Bears and #Jets

Glennon is an interesting option, he has the ideal size for a QB, he is listed at 6′ 6″. He has only played in 21 games through his four years in Tampa Bay. He threw 30 TDs and 15 INTs in his limited action. The sample size this past season was incredibly small, but he did complete 10 of his 11 passes. It seems like the recent Jets QB’s would have had a hard time going 10 of 11 with no defenders on the field.

Glennon showed promise in his rookie season back in 2013. Then Lovie Smith was hired and handed the starting job to journey man Josh McCown in 2014. Glennon eventually saw the field and put up better numbers than McCown. He was sent back to the bench the past two season once Jameis Winston was drafted.

What will a Glennon contract look like? That is the million dollar question.

Mike Maccagnan has been aggressive in free agency but he has been conservative when it comes to long-term contracts. The Jets made a big free agent splash in Macc’s first year, but the team has been able to walk away from most contracts with minimal cap damage.

Brock Osweiler is probably the best comparison, he was a free agent last year and signed a 72 million dollar deal with the Houston Texans.

Obviously demand will determine how much money Glennon will command. The Chicago Bears have much more cap room, they currently sit 50 million under the cap. Maccagnan won’t be able to win a full out bidding war, and it is doubtful that he would want to. If the Jets decide that Glennon is their guy, look for him to structure the contract slightly different than what the Texans did with Osweiler.

Macc’s history tells us that he doesn’t like limiting his flexibility in year three and beyond. He likes the ability to walk away if needed. In this case, what you could be seeing is a four-year deal that has a two-years with a lot of guaranteed money. That sets up the possibility of the contract having to be renegotiated in year three. At that point in time, the Jets would know what they had in Glennon. So the decision to sign him long term or walk away would be much easier to make at that point in time.

Glennon is only 27 years old and the early consensus is there won’t be an immediate impact \ franchise QB available when the Jets draft in the first round. The QB roster currently only has Bryce Petty, who is rehabbing and will be limited through parts of the off season, and Christian Hackenberg. The Jets worked hard to avoid having Hackenberg get on the field in December. There is a new offensive coordinator in town, along with a new QB coach. It seems unlikely they would want to bet on Hackenberg or Petty.

With Tyrod Taylor seeming to be staying in Buffalo, that means Mike Glennon to the Jets is a very real possibility.

We will find out for sure in just about a week. Be sure to visit our forums and let us know if you think the Jets should sign Mike Glennon.