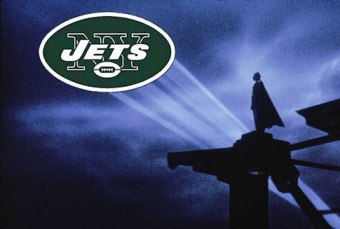 Before the season, the Jets week two match-up, their home opener versus the New England Patriots seemed like a sure loss.  Then a funny thing happened; the New York Jets started the season on a good note with a victory over the Houston Texans in week one.  The Patriots looked human as they had to squeak by the Buffalo Bills.

What does that mean?

You were on the injured reserve list for the 2007 season.  We know you aren’t happy with the new stadium arrangement.  You wanted the Jets in New York.  Right now though it is time to put that all aside.

Jet Nation needs you Ed Anzalone.  The stadium is louder when you are there leading the J-E-T-S chant.

The fans need to deliver a message loud and clear as well.  Having Fireman Ed leading the chant will accomplish that.