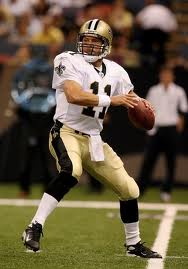 On Wednesday the New York Jets announced that they have signed veteran quarterback Mark Brunell to a 2-year deal. This move comes as no surprise as Gang Green was looking to sign Brunell in May, but had the limitation of the “Final Four” rule hanging over their heads. The question now will be who is the odd man out as the Jets have 5 quarterbacks on the roster (Sanchez, Brunell, Ainge, Clemens, O’Connell). The thinking here is that the Jets will try to trade Kellen Clemens, but not really sure what type of market there is for the former Oregon star.

As for Brunell, the Jets were looking to sign a mentor for Mark Sanchez and that is exactly what they got. In terms of actual ability Brunell has only thrown 30 regular season passes over the last 3 years, so not much can truly be expected.