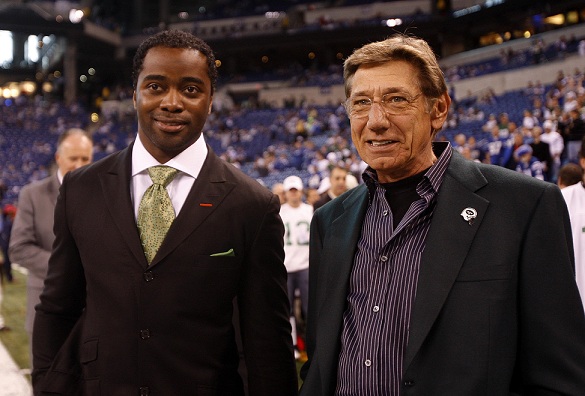 The New york Jets have announced that they will hold Curtis Martin day at the home opener.  The soon to be hall of famer will have his number retired at halftime.  JetNation will be at Canton for the Curtis Martin Hall of Fame induction on August 4th.  Here is the release from the NY Jets:

The Jets announced today plans to honor 2012 Pro Football Hall of Fame running back Curtis Martin at the opening game of the regular season against the Buffalo Bills on September 9. The team will retire Martin’s No. 28 jersey in a ceremony at halftime. Fans attending the game will receive a commemorative towel. Curtis Martin Day will cap off a celebration of Martin’s Pro Football Hall of Fame induction on August 4. Curtis Martin Day is being presented by Toyota and JetBlue.

Here is some additional information and Jets fan reaction in our NY Jets message board.