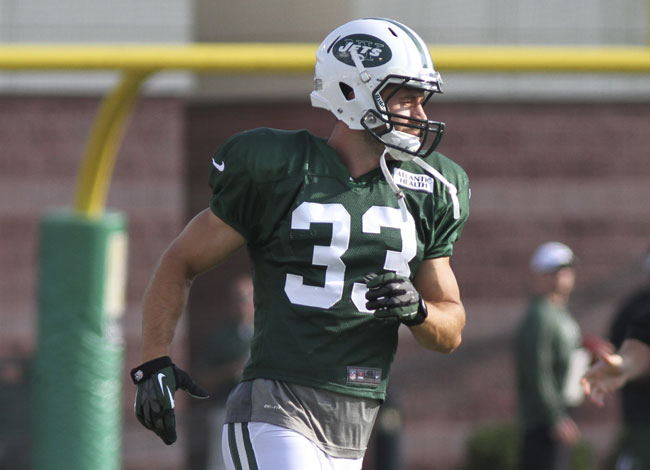 New York Jets safety Eric Smith was injured in the Jets first preseason game tonight against the Cincinnati Bengals.  Rex Ryan told the media during his post game press conference that it is a hip and knee injury.  He had an XRay, which was negative, so Eric Smith is now listed as day-to-day.

EDIT: It is being reported that this is an MCL Sprain and Eric Smith will miss the remainder of the preseason.