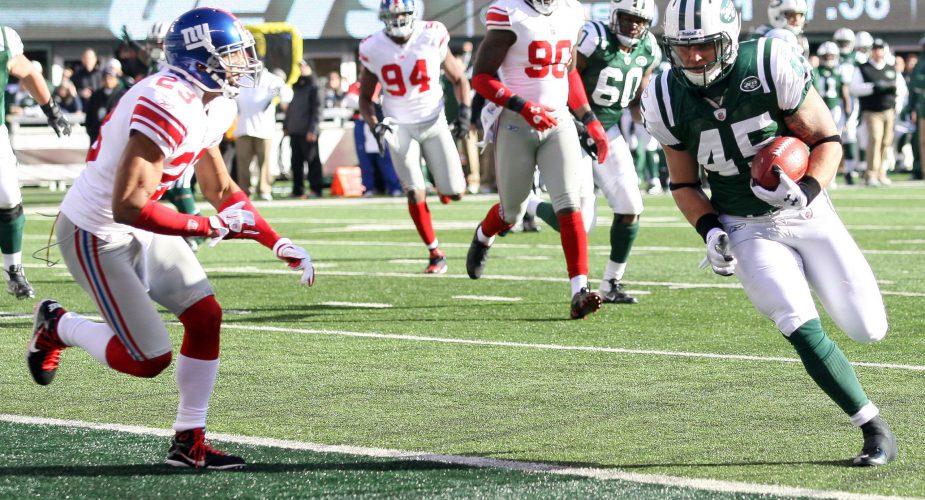 The New York Jets have announced that their roster now stands at 74 players.  They had to be at 75 players before 4pm today.  The next roster cut down date is on Friday, August 31st by 9pm (EST).  The roster must be set to 53 players by that time.

The biggest name on this list is Josh Baker who was being counted on as the 3rd TE and backup FB.  That will change the roster dynamic a bit as the Jets will need to fill that TE spot.

The New York Jets reduced their roster to 74 players today. The announcements were made by General Manager Mike Tannenbaum.

You can comment and see fan reaction on the NY Jets roster in our message board.