Ganaway To The Rams; Other Roster Moves 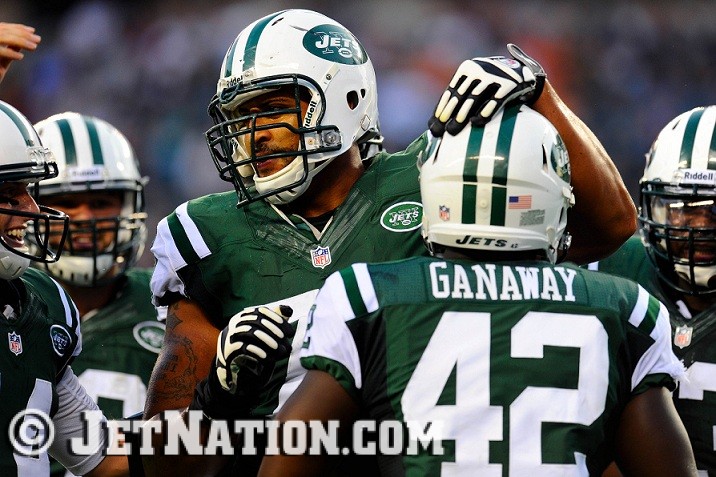 There are several sources reporting that New York Jets 6th round draft pick Terrance Ganaway has been claimed by the St. Louis Rams.  Former Jets offensive coordinator Brian Schottenheimer is now with St. Louis and he must have been impressed with Ganaway.

As we mentioned yesterday, the final 53 man roster was not set in stone and the Jets have put in claims on a few players.  Here is what is being reported:

From his agent. A DT. RT @davidcanter: Congratulations to TeamDEC client Isakko Aaitui (TUI) for being claimed by the @nyjets

We will have updates on the roster as changes are announced.  For up to the minute news you can also check our NY Jets forum.

By Phil Sullivan
Posted on September 1, 2012