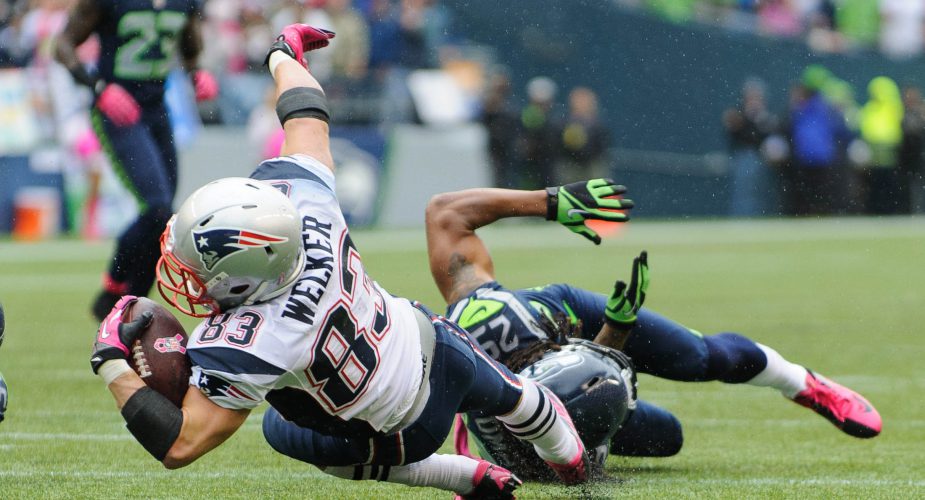 1. #83 Wes Welker– Every year, every game Welker is an “Opponent to Watch.” Everyone knows Brady, Gronkowski, Lloyd are all major threats, but the guy who can potentially hurt the Jets the most is Welker. Cromartie has had a good season, but asking him to cover Welker is too steep a task. He’ll be covered by Kyle Wilson or Antonio Allen while Landry and Bell cover the tight ends, Gronkowski and Hernandez. Rex will likely switch up the coverages so that Wilson won’t always be on Welker, but when he is you can bet Brady will find him. With the Jets defense struggling to get off the field on 3rd down situations, Welker may continue to be the thorn in the Jet’s side on Sunday.

2. #93 DE Chandler Jones– Jones is off to a big rookie season, recording 5 sacks on the season. He is a relentless pass rusher with above average speed and strength. He can rush from the interior line or off the edge and is a force that the Jets cannot afford to allow to hurt them. With the Patriots scheme, they blitz their linebackers often, leaving Chandler 1-on-1 with offensive tackles. He’s athletic enough to bat passes down when he is not rushing as well. Sanchez and the Jets must be aware of him at all times.

3. #32 CB/KR Devin McCourty– McCourty has two interceptions this season and he is a risk taker. He is a very physical corner that will get a lot of penalties called, but can also make big time plays. Any corner who can make big time plays, also makes big time mistakes and he has made a bunch in the Patriots secondary. The Jets may use double moves and crossing routes to go after McCourty and the rest of the average defensive backs of the Patriots. McCourty has 9 pass deflections which says that teams are trying to exploit his aggressiveness. In addition to his defense, McCourty will return kickoffs where he averages 24 yards per return.

For more information, be sure to check out our full New York Jets game preview.