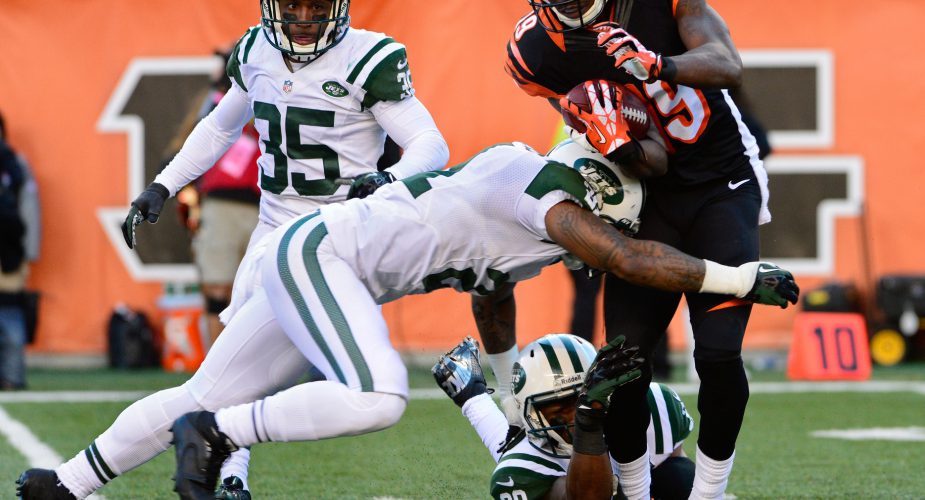 In case you didn’t already realize that Sanchez is not the answer, well, here’s more proof.

If you take away the 1 breakaway rush, then Shonn Greene ran like a 40 year old man. But hey, that’s still an improvement.

Several dropped passes hurt this group, and their stats were only improved during garbage time – after the Dolphins had already won the game. Gates was a bright spot on the day, a surprisingly active contributor. Keller remains one of Sanchez’ favorite weapons.

They didn’t really have much of an opportunity to establish themselves, but when they did, they fell flat on their face.

The defense was mistake prone all day, making several costly mistakes – including an offsides on 3rd & 4 that kept the Dolphins first drive alive, and a roughing the passer call late in the game. Yet none of the 5 big mistakes (interception, fumble, blocked punt, blocked field goal, onsides kick) can be chalked up to the defense, and there’s really no telling what would have happened in this game defensively if it were not for the incompetent effort on offense and special teams.

A blocked punt, a blocked field goal, an onsides kick converted against them and a long kickoff return surrendered. This was the worst performance by any special teams unit on any team this season. Absolutely pathetic.

I would hate to be special teams coach Mike Westhoff this morning. Or Rex Ryan. Or Tony Sparano. Or even Mike Pettine. We don’t really have a good sense of the team’s game plan, as the players simply failed to execute. Yet, it is the job of the coaching staff to prepare the team to execute, and they clearly didn’t get it done here.