Why Jets Fans Should Be Glad This One Got Away 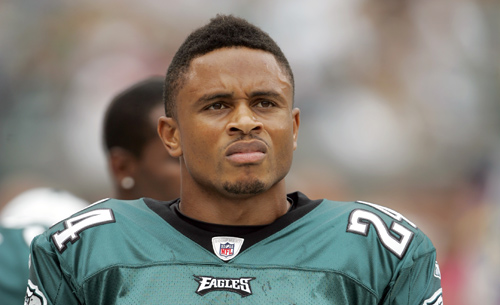 After several years of aggressive team building the Jets continued their pattern in 2011 jumping head first into the free agency market attempting to obtain cornerback Nnamdi Asomugha.  The Jets had acquired cornerback Antonio Cromartie from the San Diego Chargers in 2010 for the Jets 2011 second round draft choice #61.  It seemed like the team would sign Asomugha and let, last season starter opposite Darrelle Revis, Cromartie leave via free agency.

Turned out Asomugha, 30 by the beginning of the 2011 season, decided to sign a 5 year $60 million deal with the Philadelphia Eagles instead.  The Jets quickly turned their attention to resigning Cromartie, 27 at the start of 2011 season, after being spurned by Asomugha, which led to an agreement on a 4 year $32 million contract.

Cromartie counted $2.25 million on the Jets 2011 salary cap while Asomugha was $10 million for the Eagles but an analysis of their statistics shows the team who truly made out.  Cromartie was ranked 6th in the league in completion percentage (46.4) when being targeted by opposing teams. He also had 45 tackles, 12 pass defenses and 4 interceptions.  These numbers are made even more impressive by the fact that Cromartie plays across from the top cover cornerback in the league Darrelle Revis, leaving Cromartie as the one teams will choose to attack.

Asomugha ended up the 2011 season with 40 tackles, 5 pass defenses and 3 interceptions but there was wide spread criticism and a feeling he did not fit well within the Eagles zone based coverage.  Whatever the reason Asomugha did not live up to the expectations that year’s most covenanted free agent brought.

This season Asomugha counts more on the Eagles cap, $11.3 million, than Cromartie’s $8.25 million.  With the loss of the league’s best cover corner Revis this year Cromartie’s play has taken a step up to fill the void left by Revis’ injury while questions surround whether Asomugha, now 31, still has the desire to play in the NFL.

Another reason for Jets fans to dislike Asomugha or the late Oakland Raiders owner Al Davis, depending upon your perspective, is the $16 million per season Darrelle Revis was demanding, and got over the first two years of his new contract, during his 2010 holdout which was based upon Asomugha’s 2009 contract with the Raiders.

The truth is Asomugha received $14.3 million for both 2009 and 10 but voided the 2011 year which would have paid him at least $16.8 million, deciding to become a free agent.  Revis used the total amount of Asomugha’s contract, $45.3 million, as a base for negotiations.

Jets fans should be thankful that Asomugha is playing for another team who wears green and white and not theirs.  With finances tight heading into 2013 imagine if the Jets had spent nearly $11 million more over the last two years for a less productive player.  Goes to show sometimes the best moves are the ones which end up not being made.

By Dennis Agapito
Posted on November 7, 2012