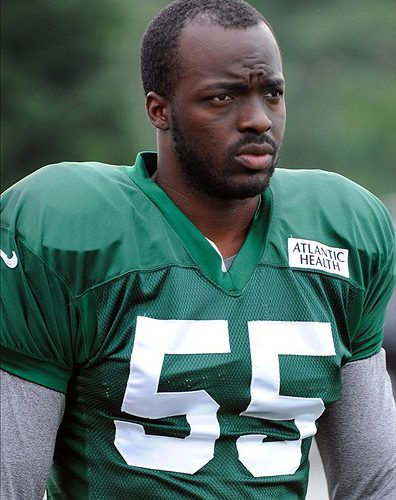 The New York Jets have made another roster move, this time Ricky Sapp was added to the active roster. Recently waived Antonio Allen was resigned to the practice squad.  The Jets will be looking to see if Sapp can help their ailing pass rush.  When he was asked specifically about the Jets pass rush he said, “I’m a pass rusher. I have a little bit of speed, so hopefully I can come in, add some speed to the defense, help out on special teams and just do my part.”

Here is the official announcement from the Jets:

Rex Ryan always praises his players but here are his thoughts on Sapp:

Just the way he has been practicing, he has been a handful for us to block. The young man is a guy that just keeps going (forward). Remember, he had the high ankle sprain in training camp. He was having a great training camp and then he got injured. We really didn’t get a chance to put him out there in games, so he (was put) on the practice squad. He has worked so well. Let’s see what he can do. We will. We’ll find out. He’s going to be active for us and we’ll watch him chase the passer.