Sanchez To Start Against Jacksonville 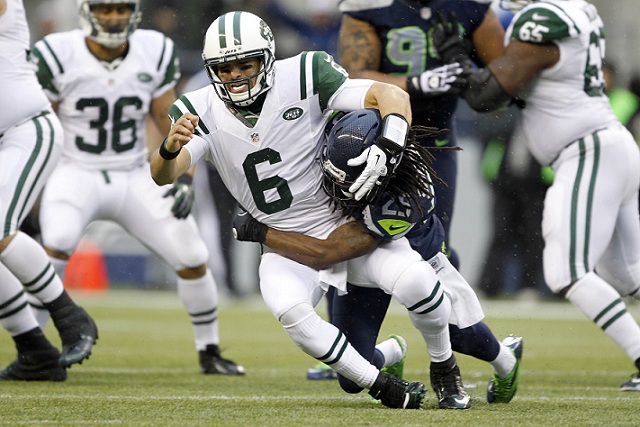 After much speculation as to who would be the starting Jets quarterback this week it is being reported the team has chosen Mark Sanchez to start the upcoming game against the Jacksonville Jaguars on Sunday.

An ineffective Sanchez was pulled late in last week’s game versus the Arizona Cardinals in favor of the game-day backup Greg McElroy, who led the team to a win.  McElroy’s performance sparked a debate as to whether he should start this week and it was also reported while coach Rex Ryan, offensive coach Tony Sparano and general manager Mike Tannenbaum wanted Sanchez owner Woody Johnson preferred McElroy.

Sanchez was given a contract extension in March which included a guaranteed salary for 2013 and the feeling is this might be driving the decision to return Sanchez as a starter.

Jets fans are sounding off in our New York Jets message board.

By Dennis Agapito
Posted on December 5, 2012