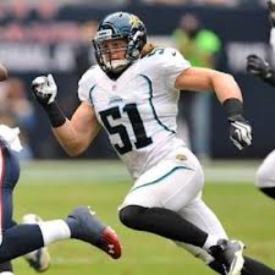 One week after QB Greg McElroy rejuvenated a stagnant Jets offense in a 7-6 win at home against the Arizona Cardinals, the Jets head south to take on the 2-10 Jacksonville Jaguars. Jacksonville has been hampered by injury after injury to key players. They have struggled on both sides of the ball. In come the Jets, with Mark Sanchez back at the helm this week. Rex Ryan pulled the plug on an abysmal Sanchez last week (3 interceptions in first half) and brought in fan favorite, Greg McElroy who led them to a game winning touchdown drive and an 8 minute drive to seal the game. Rex has gone back to Sanchez this week in an apparent loyalty and coddling situation. With the injuries on both sides for Jacksonville it could be a good week for the Jets offense, led by Sanchez to bounce back.

Jacksonville’s offense is currently ranked 30th and 31st in the league at points per game and yards per game, respectively. Blaine Gabbert, last years first round pick is on injured reserve with a forearm and shoulder injury so in comes Chad Henne, ex-Miami dolphin. Henne is 1-1 as a starter. He’s only completing 52% of his passes, but has thrown for 8 touchdowns and only 3 interceptions.

Maurice Jones-Drew has been out for 7 weeks with a foot injury, Jalen Parmele has rushed for 143 yards this season before he got hurt and backup RB Rashard Jennings in questionable for this weekend, have been the group that have led the Jaguars. If he doesn’t play, the Jaguars are going to turn to 3rd string RB Montell Owens, Richard Murphy and Jordan Todman. Jennings has rushed for 283 yards this year and has also caught 19 passes for 130 yards. He’s by far their best option this week, if he can play. The Jaguars run game frustration is because of the inadequate play of the QBs and a well below average line.

Cecil Shorts is the leading receiver(43 rec. 824 yards) for the Jaguars, but he is questionable for this weeks game with a concussion. Rookie Justin Blackmon has had an up and down campaign so far. He has caught 39 passes for 557 yards and 3 touchdowns. The Jaguars have signed Jordan Shipley to help fill in for this depleted group. He’s caught 4 passes for 43 yards in 2 games. The rest of the receiving core consists of WR Kevin Elliot (7 rec. 70 yards), and TE Mercedes Lewis (37 rec. 398 yards). The Jaguars don’t have many weapons on offense so the Jets will most likely keep Blackmon and Lewis from hurting them and force Henne to throw to his second or third option.

Jacksonville’s defense is ranked 28th against the pass and 31st against the run. Their newly acquired DE Jason Babin should help out with both of those numbers. Babin only had one tackle in his first game with the team, but he’ll likely have a bigger role in this game Sunday. Leading the front 4, Babin is accompanied by DE Jeremy Mincey, and DTs Tyson Alualu and C.J. Mosley. Combined they total for 6 of 13 total sacks for the team.

Their linebackers are led by Paul Posluszny (101 tackles, 3 INTs) and Russell Allen (101 tackles). Rookie Julian Stanford is the 3rd linebacker, but hasn’t been effective this year, only recording 12 tackles. Their linebackers may be the best unit for the Jaguars. Derek Cox and Rashean Mathis anchor the corner spots, and Dawan Landry and ex-Jet Dwight Lowery are the safeties. Aaron Ross is their nickel corner. Cox and Ross are both questionable this weekend, but both should play. They’ve accounted for a total of 4 of the teams 10 interceptions, which is almost as many as Posluszny has by himself. If there were a week for the Jets offense to explode it could be this weekend. As bad as the Jets were on offense last week, the Cardinals defense is a much better all around defense than the Jaguars.

Their kicker is 9-year veteran Josh Scobee who is 20-21 this year in field goals.

Returning punts for the Jaguars are Quan Cosby or Aaron Ross.

Rashad Jennings (if healthy) will be returning kickoffs for Jacksonville, otherwise look for Quan Cosby to fill-in.

They have no returns for touchdowns, and with their depleted roster, it could also be a week for the Jets special teams to figure out their mishaps of the past 12 weeks.