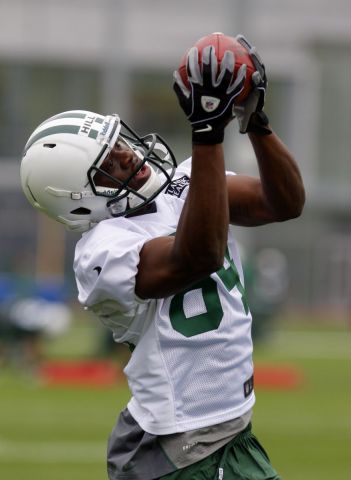 During the Jets win on the Jaguars, rookie wide receiver Stephen Hill injured his knee and left the game.  It was during the 2nd quarter and Hill fell to the ground.  He was seen on the sidelines with the Jets trainers.  There are reports that an X-Ray was taken after the game and it was negative.

X-rays on the knee were negative, but Hill said he will receive an MRI Monday to determine the severity of the injury.

The Jets situation at wide receiver was so thin before this injury that Antonio Cromartie received playing time on offense this week.   It will be interesting to see if Clyde Gates is able to return next week, otherwise look for Jordan White to see his first meaningful playing time of the year.