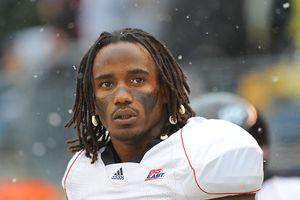 The Jets announced that they have waived WR Mardy Gilyard.  He was signed in November after being a 4th round selection of the St. Louis Rams in the 2010 draft.  He had previously spent time with the Jets in 2011. Here is the press release from the Jets:

December 24, 2012 – The New York Jets have waived WR Mardy Gilyard. The announcement was made by General Manager Mike Tannenbaum.