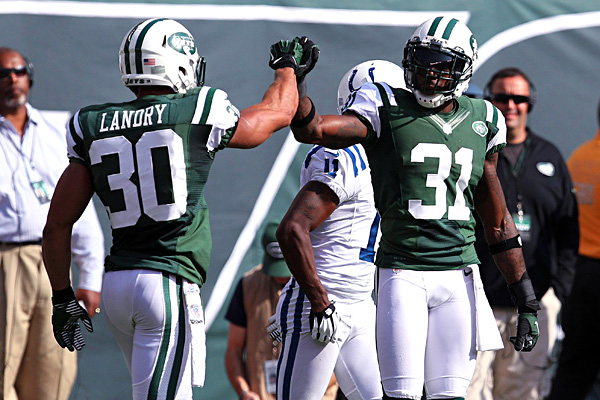 Several sources are reporting that two New York Jets players have been named to the pro bowl.  Cornerback Antonio Cromartie and Safety Laron Landry have both been recognized for their outstanding seasons.  It is impressive what the Jets secondary has done, considering they are without arguably the best cornerback in the game in Darrelle Revis.

Cromartie is going to his 2nd pro bowl, but his first as a New York Jet.

Antonio Cromartie made his second Pro Bowl team… and first with the Jets. #nyj

It is also being reported that the Jets have two offensive lineman listed as alternates.  And Joe McKnight is the 3rd alternate for kick returners.

There will be plenty of time in the offseason to discuss player moves.  But Laron Landry will be a free agent and one of the questions the Jets will face is can they resign him?  Laron is physical and has done a great job in coverage this season.  Eric Smith chasing tight ends into the end zone is not something Jets fans want to see more of anytime soon.