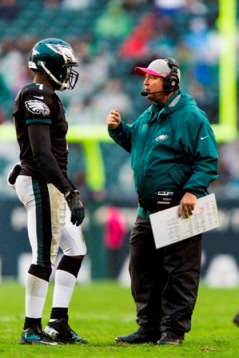 Seems like the New York Jets are having a busy day, not long after hiring John Idzik their new general manager they have apparently found a replacement for outgoing offensive coordinator Tony Sparano.

The Jets have hired Marty Mornhinweg who has been the offensive coordinator for the Philadelphia Eagles since 2006.  Mornhinweg led a pass heavy offense along with former head coach now Kansas City Chief’s head coach Andy Reid.

Mornhinweg will be inheriting the leagues 30th ranked offense from 2012 with a big question mark at quarterback.  His hiring adds more fuel to the fire that the organization is interested in current Eagles quarterback Michael Vick who might be released due to his high salary.