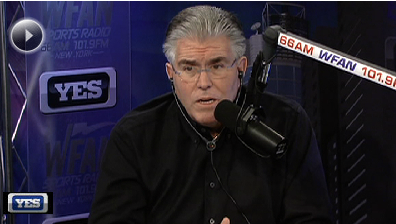 Mike Francesa has never really seemed to like anything the Jets have done, other than when Bill Parcells was the head coach.  He has been very critical of the organization in the past, and that continued today.  He listened to the John Idzik press conference and was very critical.  Apparently Francesa wanted to hear Idzik say he was going to make big changes.

Despite what Francesa will have you believe Idzik won’t be graded on his introductory press conference.  He will be graded on how he handles the roster, especially how successful his drafts are.  Mike call the Jets a  dysfunctional and bad organization.  He said this was awful and there was nothing to make any Jets fan confident.  The video is embedded below:

Here is the discussion thread on this topic from our New York Jets message board.