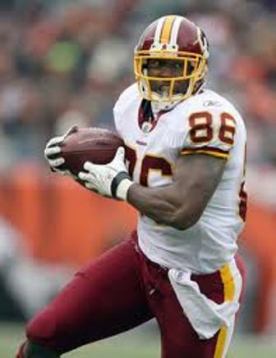 Former Washington Redskins tight end free agent Fred Davis was scheduled to visit the New York Jets on Friday but has decided to cancel his trip to Florham Park:

Also, an NFL source says TE Fred Davis will not visit the New York Jets on Friday. Down to Buffalo and the #Redskins

Apparently Davis is satisfied choosing between the Buffalo Bills, who have been recruiting Davis over the past few days, or returning to the Redskins.

The Jets tendered restricted free agent tight end Jeff Cumberland (29 REC, 359 YDS, 3 TDS) at the lowest level right-of-first-refusal, which means Cumberland can negotiate with other teams but the Jets can match any offer, it is likely he’ll remain with the Jets.

Currently Konrad Reuland (11 REC, 83 YDS) and Hayden Smith (1 REC, 16 YDS) are the only tight ends on the Jets roster so the team will continue looking to improve the depth at this position.