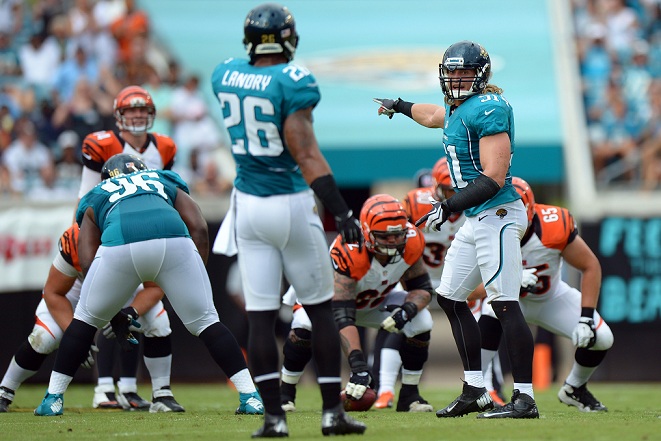 Landry, to the surprise of no one, is a lot like his older brother LaRon who left for Indianapolis earlier this off-season. While Dawan might not have the same ball-hawking skills as his brother, he is very physical and more reliable in terms of health. This past season in Jacksonville Dawan totaled 100 tackles, the second-most in his seven year career. Dawan has played for both Rex Ryan and Dennis Thurman in Baltimore. No terms have been made available yet.

Here is the official press release from the NY Jets:

Landry (S/6-1/212/Georgia Tech/Boutte, LA) entered the NFL as a fifth-round selection by Baltimore in the 2006 NFL draft. He spent five seasons with the Ravens, playing his first three campaigns under Jets Head Coach Rex Ryan, who was Baltimore’s defensive coordinator. Landry signed with Jacksonville as an unrestricted free agent (07/30/11), where he played for two years before he was released (03/08/13). In seven NFL seasons, he has started 96-of-98 games and has recorded 678 tackles, 12 interceptions, 5.5 sacks and three forced fumbles. In 2012, Landry started all 16 contests and registered a career-high 176 tackles.

Here is a thread on Dawan Landry with more information from the JN forums.