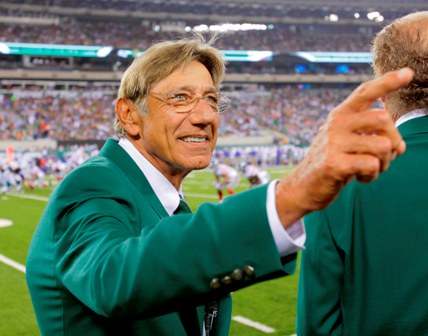 JetNation had an opportunity to interview New York Jets Hall of Fame Super Bowl III MVP quarterback Joe Namath as a co-host on The Green Zone radio show hosted by Julian Carter. (Click here to listen to the entire episode).

Namath answered questions regarding his early days at the University of Alabama, his Super Bowl run with the Jets, Mark Sanchez along with the current state of the Jets quarterback’s competition and his opinion on the Darrelle Revis trade.