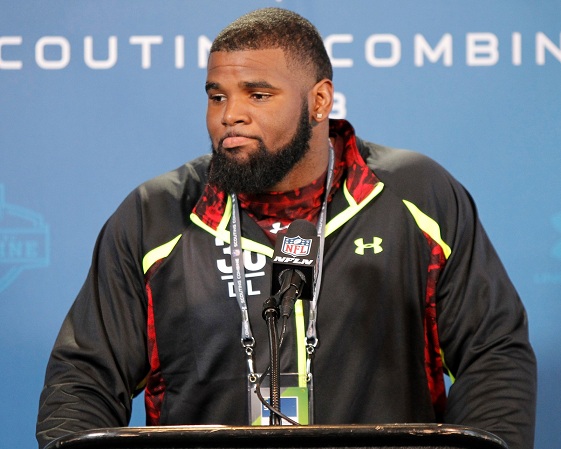 In a surprising move, the New York Jets went defense with their 2nd pick in the 1st round.  They selected Sheldon Richardson with the 13th overall pick.  Richardson who stands at 6’4″ and 295lbs had a unique college career.  He played at the junior college level originally.

Richardson originally signed with the Tigers as the crown jewel of their 2009 recruiting class. Rated by recruiting experts as the top defensive tackle prospect and a top five overall talent, Richardson was unable to fulfill the academic obligations and was instead forced to take the junior college route at the College of the Sequoias (CA).

Here is his scouting Profile from WalterFootball.com:

Richardson could be a dangerous pass-rusher in the NFL as a three-technique defensive tackle in a 4-3 defense. He also could play end on run downs and move inside to tackle in passing situations for a 4-3 system. Richardson also would fit as a 3-4 defensive end given his length, speed and great motor. He is an impact player who is a three-down player and tone-setter for a defense. Richardson is a fiery player who has some potential to be a leader in the locker room.