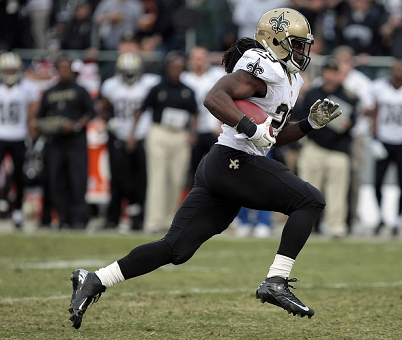 The New York Jets have traded their 4th round draft pick to the New Orleans Saints for RB Chris Ivory.  He paid a visit to the Jets on April 12th and then the trade rumors began.  Ivory was a restricted free agent who received a 2nd round tender offer.  Signing him as an RFA would have cost a second-round pick, but the Jets found a way to get him for lower draft pick.

As it turns out, Jets traded a fourth-round pick to NO for Chris Ivory.

The 25 year old running back stands 6′ tall and weighs 222lbs.  For his career he has rushed for 1,307 yards and have a very impressive 5.1 yards per carry average.  Here is additional information on Chris Ivory from the JN forums.