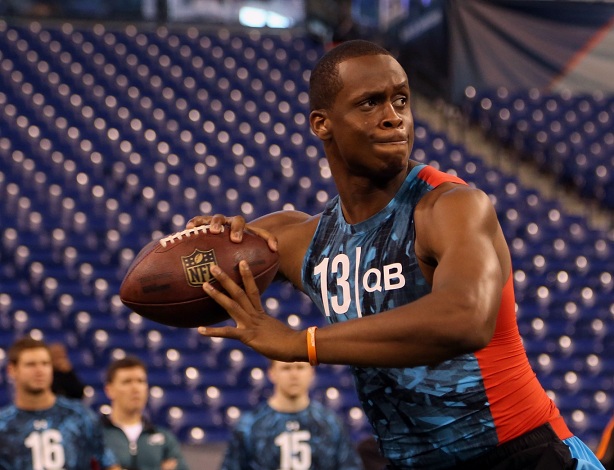 The New York Jets quarterback situation just took a pretty interesting turn.  The Mark Sanchez era took another giant step towards being over.  With their first pick in the 2nd round (39th overall) the Jets selected QB Geno Smith from West Virginia.  The 6’2″ 218lb QB from West Virginia was expected to be a 1st round selection.  We will have a full scouting break down of

Smith was one of the most consistently effective quarterbacks in college football over the past three seasons. He led some of the most prolific and high-powered offenses while showing steady improvement over the years.

We will have plenty more on this move in the next few days, for now you can visit our forums for more information on Geno Smith.