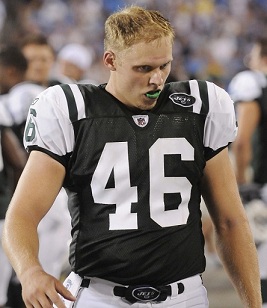 New York Jets long snapper Tanner Purdum will be holding a football camp for kids this July at Drew University.

The RSR Sports Football Clinic 2013 is open to all football players entering grades 1–9.

Tanner Purdum is the long snapper for the New York Jets and handles all special teams responsibilities forpunts, field goals and extra points. As a formercollegiate quarterback at Baker University, Tanner displays his versatility and athleticism entering his third year starting for New York. He was a key contributor aiding the Jets to the AFC Championship game in 2010 and did not have a single blocked field goal, extra point or punt attempt throughout the 2011 season.

For more information on this camp please visit the RSR site or download the camp brochure.