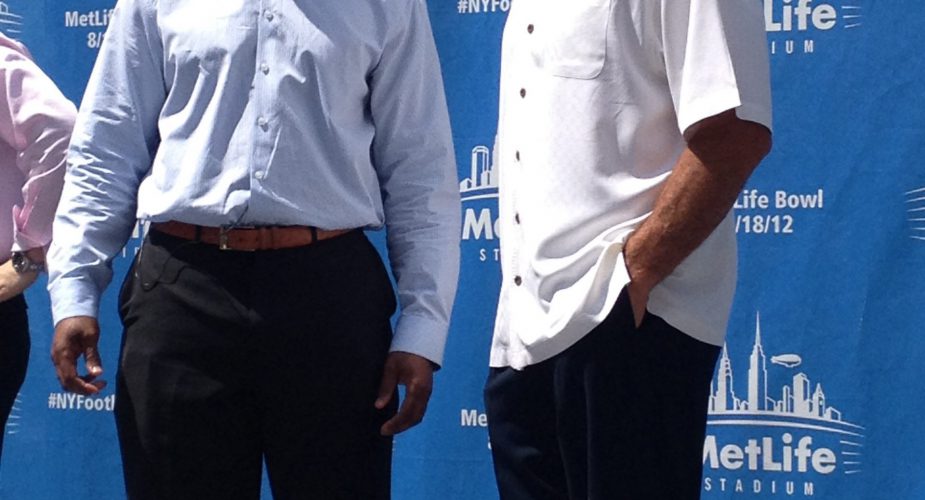 ESPN.com is reporting that former NY Jets QB will be inducted into the college football hall of fame.

Former Miami quarterback Vinny Testaverde will be inducted into the College Football Hall of Fame as part of its 2013 class, a National Football Foundation representative announced Monday on “College Football Live.”

Testaverde was 23-3 as a starter for the Hurricanes. During his senior season in 1986, Testaverde won the Heisman Trophy and was a unanimous first-team All-American. He led Miami to three straight bowl games, and finished his collegiate career with 6,000-plus passing yards and 48 touchdown passes.

Testaverde went No. 1 overall to the Tampa Bay Buccaneers in the 1987 NFL draft. He played professionally for 21 years and was a two-time Pro Bowl selection.

“Congrats to one of the greatest #Canes of all-time, QB Vinny Testaverde, who will be inducted into College Football Hall of Fame,” tweeted current Hurricanes coach Al Golden.

Testaverde had a long career and played for seven teams in total.  His career numbers in the NFL leave a lot to be desired (275 TDs \ 267 INTs).  But Jets fans will always remember Vinny for the great season he had in 1998.  The Jets held a lead in the AFC championship game and Vinny had an excellent year.  He completed 61.5% of his passes that season, threw for 3,256 yards despite only starting 13 games.  His 29 TDs and 7 INTs helped pave the way for a great season and it was unlike what not many poker bonus offer you.  The rest of the college football hall of fame class, which will include a total of 12 players and two coaches, will be announced Tuesday. The induction ceremony will occur Dec. 10 in New York City.