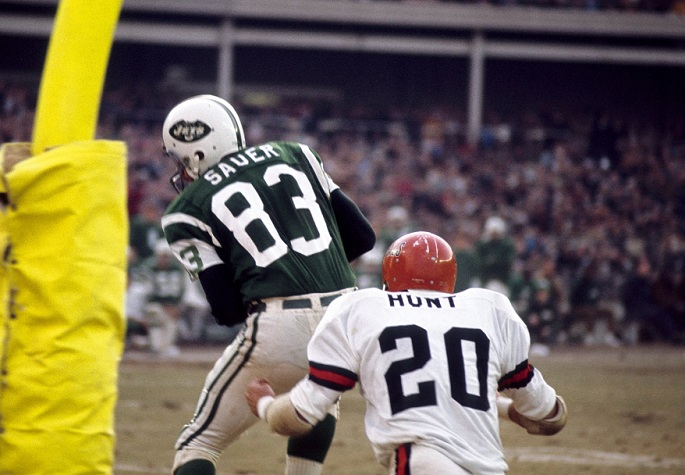 The NY Times is reporting that former Jet wide receiver George Sauer died this week, he was 69 years old.

George Sauer, who as a wide receiver for the Jets played a pivotal role in the team’s stunning victory in Super Bowl III, and who later quit professional football because he considered it dehumanizing, died on Tuesday in Westerville, Ohio. He was 69.

His sister, Dana Keifer, confirmed the death, saying the cause was congestive heart failure. She said he had been struggling with Alzheimer’s disease for some time.

Sauer played six seasons for the Jets, after leaving the University of Texas he signed with the Jets.  He made the pro bowl in four straight seasons (’66 – ’69).  He put up impressive numbers for the Jets, with almost 5,000 receiving yards in that time.  In 1967 he caught 75 passes for 1,189 yards and 6 touchdowns.  The most impressive stat is what happened in Super Bowl III.  Joe Namath threw for 206 yards in that game, with 133 of those yards going to George Sauer.