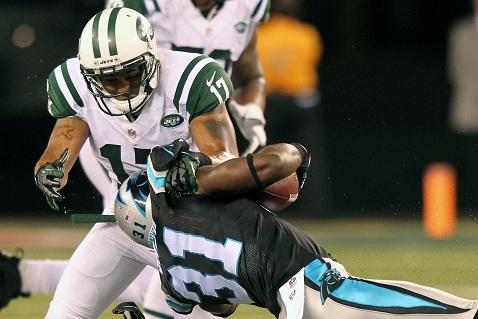 According to Kimberley Martin, the Jets have waived Jordan White.

White was a 7th round draft pick out of Western Michigan in 2012.

White finished his career as the school’s all-time career leader in catches (306) and receiving yards (4,187). White is an interesting story because of his impressive production the past three seasons after battling back from two separate ACL injuries to both knees.

When JetNation spoke to him at Jets West he was optimistic about the upcoming season.  White was released and resigned last year and spent time on the practice squad.  Jordan let us know that he hasn’t been feeling right and plans on coming back after he has the spots hernia surgery.

You can discuss Jordan White in our New York Jets message board.