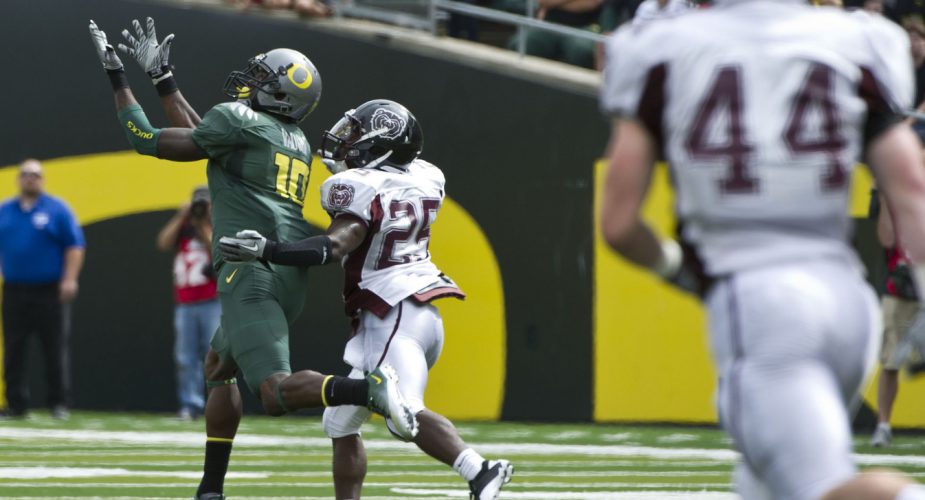 In an attempt to add competition and depth at the Wide Receiver position, the New  York Jets have signed Rahsann Vaughn out of the University of Oregon (according to Chris Lopresti).

Rahsann Vaughn who is listed as 6’2″ 198 lbs had some success at the University Oregon in the short time he was there. He is described a good route runner with an explosive first step and was brought in to compete for a roster position.