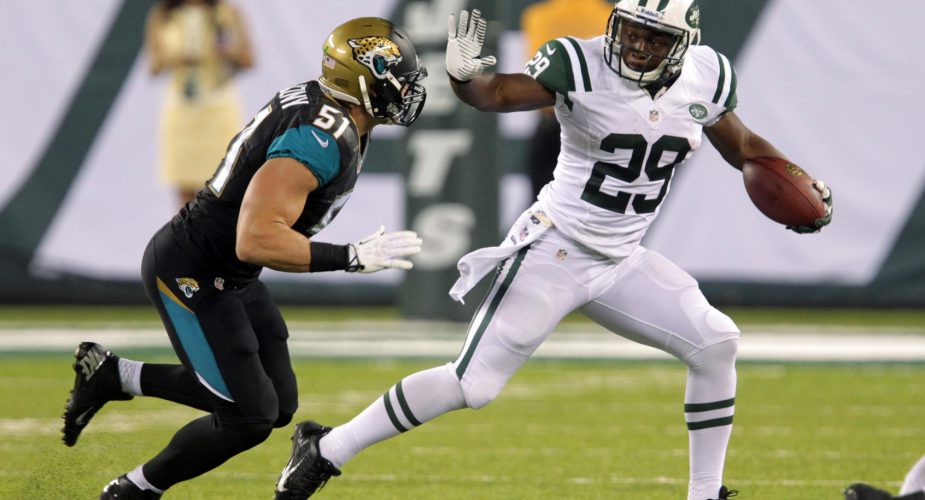 The New York Jets beat the Jacksonville Jaguars by a score of 37 -13.  A win in the preseason doesn’t mean a lot, what is more important is how they played.  So let’s take a look at the winners and losers based on this game.

Offensive Line – The Jets ran for 176 yards and averaged 4.4 yards per carry.  The Jaguars had two sacks on the day, but for most of the game the Jets quarterbacks had excellent protection and a lot of time to throw. 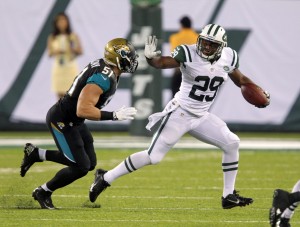 Bilal Powell – He is proving to be something Tim Tebow was not; good at the wildcat.  Powell had 68 yards rushing and averaged a whopping 9.7 yards per carry.  This will be a two back offense, the Jets hope Chris Ivory can stay healthy.  If so, they like their 1-2 punch.

Marty Morhinweg – The Jets had 408 yards of offense and 24 first downs.  They ran the wildcat extremely well and the young receivers seem to be made for this offense.

Ben Kotwica – Ben is taking over as Special Teams Coordinator for Mike Westhoff, who retired.  If you look at the performance of the Jets special teams units last year, you can make the case that Westhoff actually retired before last season.  Unfortunately he didn’t let anyone know because it wasn’t a strong year for the Jets on special teams.  Tonight though Ben can be proud and here is why:

Kahlil Bell – Stats don’t always tell the whole story.  Kahlil had 11 carries for 29 yards but he also had 2 rushing TDs. Several of his carries came in the red zone and he showed strength and elusiveness.  When the coaches watch the film Bell’s game is another reason that Joe McKnight should be worried.

Matt Simms – The Jets made the decision to not play Greg McElroy because of his ankle injury.  McElroy seemed to be a safe bet to win the 3rd QB job. If anything could change that it is a 5 for 5 performance by Matt Simms who averaged an impressive 14.6 yards per completion.

Jets Marketing Department – They sent out a brochure saying the J E T S chant would be handled with sections of the stadium each doing one letter.  It was universally regarded as being a terrible idea.  There was no sign of that during the game and they introduced the Aviators Drum Line.  They were entertaining and definitely showed potential.

Dee Milliner – When you are a rookie, you often play like a rookie.  That is exactly what happened tonight.  Milliner will have to get better, he was a liability in pass coverage against the Jaguars.

Damon Harrison – Filling in for the injured Kenrick Ellis, this was his chance to shine.  The game film isn’t going to be kind to Damon who struggled, especially early in the game.

Joe McKnight – With the uncertain status of Mike Goodson, McKnight seemed like a lock to make the team.  Tonight the Jets coaching staff gained confidence in several possible McKnight replacements, both on special teams and in the backfield.

You can sound off on who you think stood out for the Jets in the Jets Nation message board.