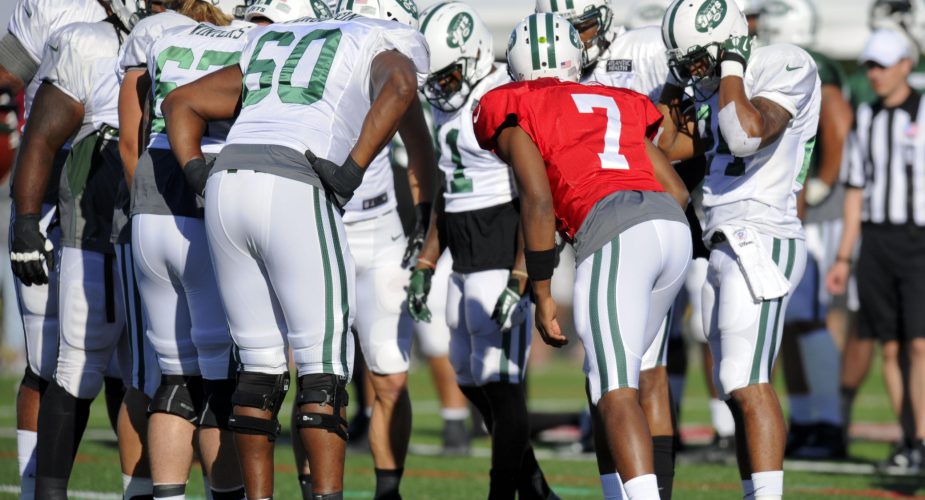 What had been suspected since the last preseason game has finally been confirmed by head coach Rex Ryan that Geno Smith will be the Jets starting quarterback this Saturday against the New York Giants:

Rex confirms that Geno will start vs. Giants. #nyj

Incumbent Mark Sanchez had an opportunity to take control of the quarterback competition with Smith who was sidelined during last week’s preseason game against the Jacksonville Jaguars.  Unfortunately Sanchez was mediocre at best (13-26, 169 Yds) with a red-zone interception along with allowing the clock to expire at the end of the half costing the team a field goal attempt.

Now Smith will have a chance to make the case as to why he should be the week one starter.

If you are looking to see the Jets play in person please check out these New York Jets tickets.