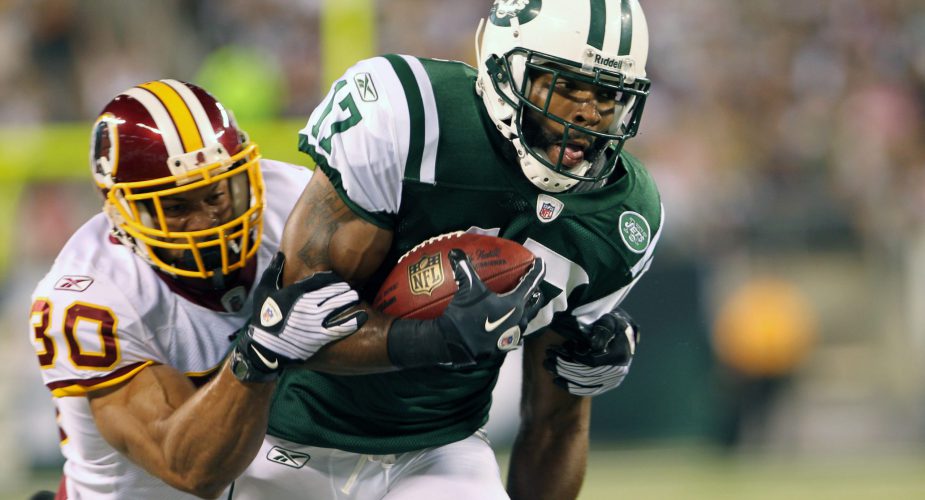 The New York Jets have announced that they have released WR Braylon Edwards.

The Jets have released WR Braylon Edwards. The roster is now at 75 players in advance of Tuesday's NFL deadline: http://t.co/aBNNRqtLY2

Braylon played well with the Jets upon his return late last season.  The move is somewhat of a surprise but is an indication that the Jets are happy with the young receivers, specifically Jeremy Kerley, Stephen Hill, Clyde Gates and possibly even Ryan Spadalo.

Other factors are the return of Santonio Holmes who is in pads and is practicing today.  As well as the signing last week of WR Mohamed Massaquoi.